We are delighted to announce a collaboration with @goal to celebrate Africa’s greatest club sides in history!

The first of fifteen parts: 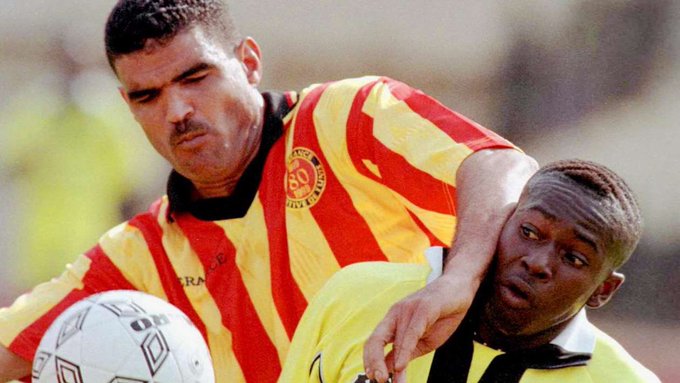 Two painful losses in the 2004 & 2005 Caf Champions League finals had created a sense of despair among Etoile du Sahel fans.

The feeling could best be described by Eduardo Galeano when speaking about utopia: “Utopia lies at the horizon.

“When I draw nearer by two steps, it retreats two steps.”

Etoile was getting closer to the only piece of African silverware missing from their cabinet, yet the brightest African crown retreated yet again.

Their painful 2006 Champions League exit in the second round at the hands of Hearts of Oak would be erased a few months later in Sousse against FAR Rabat.

The final was less dominant from General Benzarti’s men, but in a very physical return leg, the coastal club managed to stay firm and win the new Confed Cup.

Etoile had erased the pain of their Champions League exit months earlier, winning another African trophy, yet the final and brightest piece of the puzzle was missing.

Courtesy of their qualification to the Champions League gained through their second-placed finish in the Tunisian league, Etoile du Sahel were at it again.

A relatively comfortable preliminary round & group stage campaign would see Bertrand Marchand’s men qualify for the semi-final against the golden generation of Al Hilal Omdurman.

On this day (2007): Al Ahly SC & Etoile Sportive du Sahel clashed at Addis Abbaba stadium in Ethiopia for the CAF Super Cup. Al-Ahly won the match by penalty shootouts (5–4), to retain the title they won in 2006 #OTD 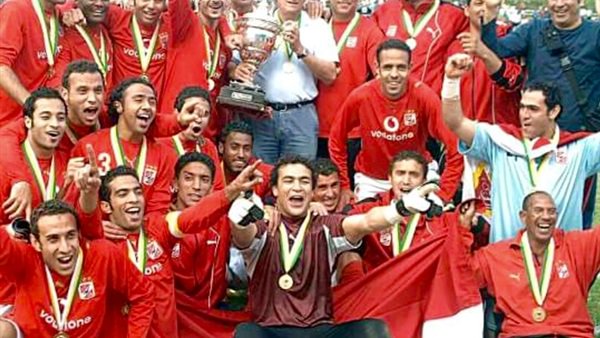 A 2-1 loss in the cauldron of Omdurman after leading 1-0 didn’t look like the end of the world and a recovery in the fortress of Sousse was expected.

A fortnight later, in a boiling Sousse Stadium, Etoile had no choice but to win if they wanted to have another shot.

Amine Chermiti started the show after converting a perfect freekick.

From another set-piece, Etoile doubled their lead courtesy of Ben Frej and seemed to be cruising through without any problems until Godwin Eze popped up to deflect a desperate shot into Balbouli’s net.

With Etoile’s lead cutback to zero, they needed a goal again to reach the final.

Their salvation would come again from a set-piece and the 19-year old Chermiti, who jumped the highest to smash it past Moez Mahjoub.

Etoile qualified for their 10th African final, their seventh continental final in five years, and their third Caf Champions League final in four years. They were drawn to lock horns with the same Al-Ahly team which had denied them the title two years earlier.

Against what was Ahly’s greatest team ever, aside en route for an unprecedented three consecutive Champions League titles, Marchand’s side were obvious outsiders…even more so after a gritty goalless first leg in Sousse.

The return leg in Cairo promised to be a nightmare for Etoile.

In front of 75,000 Ahly fans and opposite a star-studded Ahly squad including the likes of Wael Gomaa, Mohamed Barakat, Mohamed Aboutrika, and Flavio, the hosts appeared set to complete an exceptional treble.

It appeared certain that Al Ahly would complete an exceptional treble, but in first-half injury time, Afouene Gharbi connected brilliantly with a cross to score beyond Essam El-Hadary.

Etoile went in at the half time with a one-goal lead against the run of play, with Ahly having twice hit the woodwork.

The Tunisians weren’t as tight or as organized when they emerged in the second period and were immediately punished by Emad El Nahhas from kick-off.

He went from hero to zero minutes later after being dismissed for a last-man challenge on Chermiti.

For the first time, things were going Etoile’s way, although neither Mohamed Ali Nafkha nor Gelson Silva was able to add another goal.

Ultimately, it fell to wonderkid Chermiti, who held his nerve during a one on one duel with El Hadary to silence a red Cairo Stadium under the eyes of former Egypt President Hosni Mubarak present in the stands.

Etoile had finally done it, and Moussa Narry’s thunderous volley 120 seconds later would be the coup de grace.

On this day (2007): @E_S_Sahel surprised @AlAhly beating them 3-1 in Cairo and lifting the CAF Champions League Trophy #CAFCL

ESS’s nightmare had become a sweet dream, and after previous continental heartbreak, the club finally became the first African team to win all available continental competitions.

2008 would mark the end of what was Etoile’s greatest generation.

A few weeks after winning the Caf Super Cup against countrymen CS Sfaxien, they would limp out of the 2008 Champions League in the second round at the hands of Dynamos Harare after losing legs.

Dropping to the Confed Cup, Etoile would reach another African final (their ninth in six years) in a remake of the 2008 Super Cup against CS Sfaxien but would fail to repeat their 2006 heroics.