​“I’m telling you now – and I didn’t want to say this in front of him – but he will go right to the very top. He’s got everything that’s needed to become a top-class midfield player.

“His attitude is first class, he’s got strength, he can play, he can pass it and he can score goals.“ (Harry Redknapp)

Right to the very top indeed. 18 years to the day, Chelsea signed arguably their greatest ever player, Frank Lampard.

With 640 appearances for the Blues, along with 211 goals to his name, Lampard goes down in history as a club legend. Three Premier League titles, four FA Cups, one Champions League, one Europa League, and two League Cups. The ex-Blue certainly has an impressive trophy cabinet. 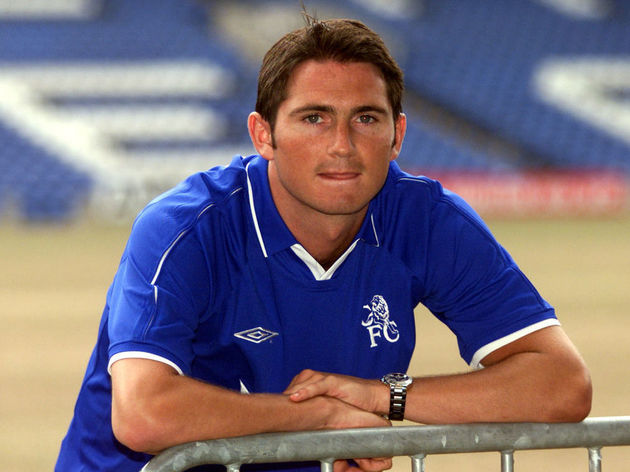 Cast your mind back to 14th June 2001 if you can, Claudio Ranieri has just signed his first player for the club. A baby faced Lampard signs for a mere £11m from ​West Ham, and I think we can all agree that would be an absolute bargain in today’s market (considering Danny Drinkwater was signed by Chelsea for £35m 16 years later).

Many questioned whether Lampard had it in him to deliver on the big stage for a club as big as Chelsea. It took some time for him to score his first, with it coming in a 5-1 romping of Bolton in December 2001.

Throughout his tenure at ​Chelsea, Lampard consistently delivered goals in big games, which resulted in him being recognized as one of the most prolific goal-scoring midfielders of his era. One of his most prestigious records being 20+ goals scored for five successive seasons, which was unrivaled by other top midfielders of the same generation.

“Frank is the best midfield player that I played with, the most intelligent and efficient.”

Lampard had a knack of arriving in the box to finish off his chances, which led to him claiming the honour of Chelsea’s all time leading goalscorer with 211 goals in all competitions – a figure no other midfielder in English football history has matched.

However, Lampard didn’t exactly win the hearts of all football fans out there during his career, with the midfielder being branded as ‘Fat Frank’ by some of his detractors.

The constant debate regarding Steven Gerrard, Frank Lampard or Paul Scholes is still an ongoing discussion to this day, and let’s be honest, one that will never have a concrete answer to it. But to Chelsea fans at least, Lampard is the best of the best.

And the voters at the 2005 Ballon d’Or clearly thought the same, as Lampard finished runner-up behind the then best player in the world, Ronaldinho, and ahead of Steven Gerrard…*cough cough.*

As a Chelsea fan myself, there are particular moments – mostly goals – that stick with you forever. The goal against Bolton in 2005 (that won Chelsea their first league title in 50-years), that outrageous volley against Bayern Munich, the audacious lob away to Hull, or THAT goal away at Villa, Lampard just had a natural eye for goal.

Perhaps the greatest testament to Lampard’s career under the ownership of Roman Abramovich is how valuable he was to the Chelsea side season after season.

With managers and players alike coming and going at the club, Lampard managed to play 164 consecutive league games between 2001 and 2005; a stat that highlights his quality of performances and commitment to the cause. He would go on to make a further 381 appearances for the club, with one of those standing out amongst the rest.

That appearance came on May 19th, 2012 – an unforgettable night for Chelsea Football Club in which they beat the mighty Bayern Munich at the Allianz Arena to win their first European title.

The Champions League is a trophy all players want to get their hands on. And with the defeat to Manchester United on penalties in 2008 still haunting fans and players alike, no one could picture that the Blues would get their hands on the ‘trophy with the big ears’ in Bayern’s own backyard. But they did, as Chelsea would go on to win the game in the most dramatic of fashions, beating Die Roten 4-3 on penalties, with Lampard scoring the third.

The rest, as they say, is history. 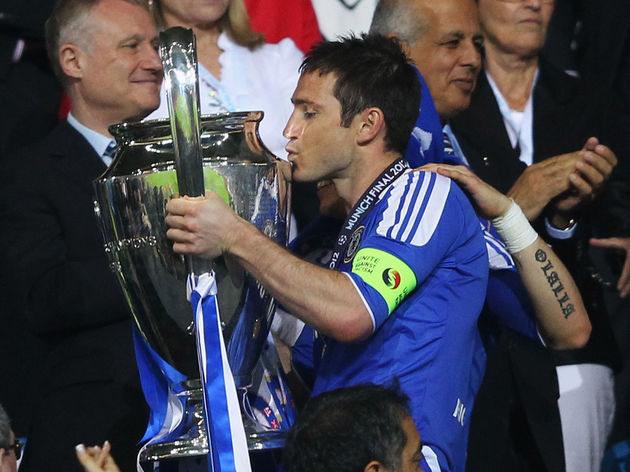 Renowned for his attitude on and off the pitch, and coaches admiring his work ethic, Lampard is often referred to as the consummate professional. Former Blue John Terry ​stating: “Any young player striving to be at the top should look no further than Frank Lampard.”

Lampard left Chelsea after spending 13 years at the club. With all the accolades the domestic career has to offer, and with an impressive 106 English caps to his name, Frank Lampard certainly goes down as not only a Chelsea legend but a legend of the beautiful game.